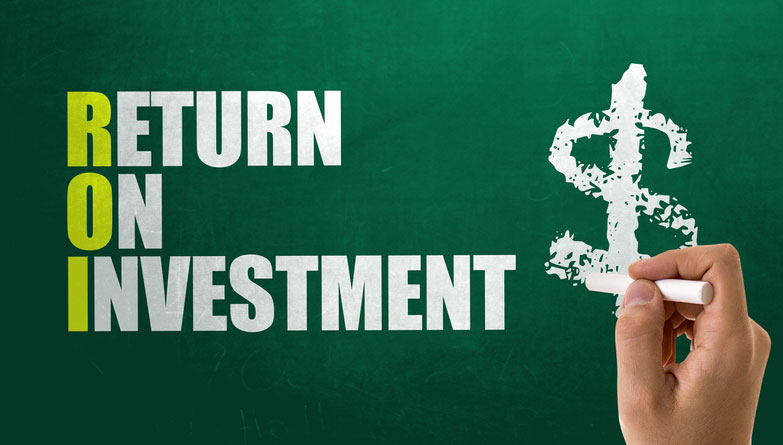 Are You an RN Considering Earing an MSN? – Find Out What it Could Be Worth

Many RNs enter MSN programs with the very specific aim of becoming advanced practice registered nurses in one of the four recognized roles, but many retain their RN licenses and take on roles in clinical leadership. And, of course, it can also provide a path to senior management or executive positions outside of direct patient care. In both cases, you are looking at a significant improvement to your take-home pay over the rest of your career. In some cases it will open the door to executive perks and bonuses that are common for top-talent in the medical field.

Of course, most nurses don’t get into healthcare strictly for the money. It’s a job you have to love, and one that comes with benefits that you can’t shove into a calculator. For example, nurses, have long been ranked as the most trusted profession in America according to Gallup Poles. That’s a kind of status that money can’t buy. The lives you change along the way will offer a level of satisfaction that no bank account balance will ever match.

But that doesn’t mean money isn’t important, and you owe it to yourself to think about the return on investment for an RN to MSN program. After all, those intangibles will accrue whether you go on to get an MSN or not… the master’s program is entirely about your career progression.

Whether taking the time out of your career to go back to school for a few years is worth it in the end depends both on what that education will cost you, and on the extra salary that you can bring in from that master’s degree. So let’s take a look at both the costs and the salary expectations of an MSN degree.

As a current registered nurse, your ROI calculations are complicated by the fact that you have already paid for a higher education in nursing. Whether you earned an associate, bachelor’s, or entered nursing on a diploma program, you already have a certain investment in your career that you need to account for.

The investment in your pre-licensure degree is what is known as a sunk cost, however. You already paid that money and you’re not getting it back. Your ROI going forward can be calculated exclusively on the difference that holding a master’s degree will make on the course of your career over and above what you could make as an RN currently.

In nursing, the cost of positioning yourself for advancement can be a lot less than in other fields. That’s because RN to MSN programs are generally offered as part-time options that allow you to keep working in your current nursing role. That means you won’t have to trade your current income for the chance to earn a degree.

Still, the energy and time you have to put into an advanced education are hours and attention that aren’t going into other aspects of your life. On a personal level, you need to weigh whether or not it’s worth that trade-off, but chances are you’ve already arrived at your answer.

The National Center for Education Statistics offers different numbers for the average annual cost of master’s degree programs at public colleges versus private ones, and they’re miles apart:

Picking a private school is going to significantly increase your costs when it comes to calculating your ROI. The real question to ask, though, is whether or not it also increases your returns in the job market.

According to Georgetown University’s Center on Education and the Workforce, that expensive private school education usually pays for itself and more. Their calculation of ROI over a 40-year career span shows private schools dominating the top of the list.

That study crosses all areas of education, though, not just nursing. It’s no surprise that getting an MBA from Harvard or Columbia offers an easy boost to your long-term career prospects if you’re going to be heading up a Fortune 500 multinational. But in healthcare, this same kind of benefit isn’t quite as clear. Sure, some private colleges have an excellent reputation in the medical community and can open doors for your career. But there are also many public schools with revered teaching hospital associations and top-notch professors that get just as much respect at the regional level.

As someone who’s already part of the healthcare community, you probably already have a sense of how your closest state college is viewed in the eyes of your employer, and the physicians and APRNs where you work. You know people on staff who have graduated from these schools yourself, so ask around and do a basic evaluation of your own. You definitely don’t want to make your decision purely on the basis of whether it’s a public or private institution. Nursing education isn’t a get-what-you-pay-for prospect; talented instructors and amazing field work opportunities can be found at even the most affordable schools.

RN to MSN programs are designed for students who earned their RN through an associate degree in nursing. These so-called bridge programs deliver a full MSN curriculum, but also require from 20 to 30 credit hours of bachelor-level nursing coursework. Others are classified as RN-BSN-MSN programs and are less truncated in nature, actually conferring a BSN along the way. In both cases, bachelor’s level courses are meant to give you at least some level of bachelor’s preparation similar to what you would have as a traditional nursing grad student coming into an MSN program after completing a BSN.

There are also some prerequisite classes that you will need to take and pass if you have not already. Those can all rack up extra tuition costs before you even get into the full program.

The bright spot here is that pre-reqs will be charged at undergraduate tuition rates, which can be half the cost of graduate credits. And although you will be paying for credits over and above the standard amount for a master’s, the total price tag will still come out lower than if you earned a separate bachelor’s degree. And with the average bachelor’s degree coming in at $109,428 when factoring in living expenses according to the National Center for Education Statistics, that means saving some serious coin and adding considerably to your ROI. So a bridge program offers real savings over the alternative, putting you on the right footing to get the biggest return on your investment in education.

How Tuition Assistance Can Affect Your ROI Calculations for an MSN 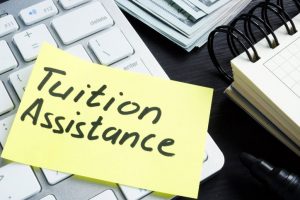 Since you’ve already earned an associate degree in nursing, it’s not going to come as any surprise to you that many people have to get assistance with their tuition in order to pay for schooling.

With the higher costs associated with graduate degrees, that becomes even more common. NCES found in 2016 that 60 percent of student completing masters programs had to take out student loans to the tune of $66,000 on average.

Not only might you need to borrow money to get through your MSN, but you may still be paying off student loans from your BSN or other previous schooling. While that calculation doesn’t have any impact on the ROI specific to your MSN, it can make your loan payments overwhelming once you stack grad school loans on top. According to Forbes, the average student loan payment comes to $400 per month. The total amount owed is over $90,000 if you include the graduate loan balances. Even on an APRN’s salary, that’s a lot of money.

There’s another form of tuition assistance that is much more to your benefit, though: scholarships and grants are basically free money, a way of paying on your tuition that don’t have to be paid back. They can boost your ROI by taking some of the costs of education off your plate entirely.

In nursing, you have a few options that are a sort of hybrid between loans and grants, too.

There are also a number of loan forgiveness programs that you may qualify for as an RN, one of the most popular of which is the federal Public Service Loan Forgiveness Program. The requirements for loan forgiveness under this program are relatively easy to meet: You have to be working for a qualifying employer (a non-profit or government agency, both common in the medical profession), and you must have already made at least 120 payments on your outstanding direct loans.

If you are willing to commit to working in a designated Critical Shortage Facility, the Nurse Corps Loan Repayment Program, through the federal Health Resources and Service Administration, may also pay up to 85 percent of your unpaid nursing education debt! HRSA also has a State Loan Repayment Program that RNs may be eligible for if they’ve taken out state loans in eligible states.

All of these programs offer options to have the remainder of your outstanding loan balance forgiven entirely or in part… which means your salary after that point counts toward your returns.

As someone who is already licensed as a registered nurse, you are already familiar with the kind of salary you can earn in the field.

That’s what you are making now. With a master’s hanging on your wall, that number only goes up.

Just as schools can have different costs based on region, APRN salaries can change from state to state. According to BLS, the median rates for nurse practitioners in a cross section of states were all north of 100 grand, but still varied widely:

Of course, becoming an APRN isn’t all you can do with an MSN. Even if you don’t go into advanced practice, senior and managerial positions are available.

According to a 2019 survey by Crain’s Modern Healthcare, some positions that a master’s-prepared nurse could occupy include:

In high executive positions, you can expect more than just that base salary, however.

As a nursing executive, additional cash compensation in bonuses and incentives could add as much as $94,000 to your annual salary.

Healthcare professionals also get first-rate healthcare benefits. According to Forbes, health insurance coverage can be worth between $5,000 and $30,000 annually. That amount can depend on your plan and how many family members it covers. Most employers also offer pension or retirement contribution plans that have big dollar signs attached. Depending on the employer, you might also get bennies like life insurance, dental insurance, or continuing education reimbursement.

There has been a gradual push among some influential groups in the nursing world to move to the Doctor of Nursing Practice (DNP) as the basic qualification for APRNs. Although it’s likely that current APRNs will be grandfathered in with master’s degrees, in the years after you earn your MSN you may eventually find yourself considering that doctorate anyway. And if you decide it’s the right move for you, then you’re going to find yourself investing in even more education.

There aren’t too many sure things in this world, especially when it comes to what you can expect down the road for the effort you put in today. But when it comes to your education and your career, you can be sure that earning an advanced degree is going to result in the kind of advanced career opportunities that come with bigger paychecks.

(Tuition data provided by College Scorecard and the National Center for Education Statistics, services of the U.S. Department of Education.)